NOTE: This app’s release is pending and current NDA obligations limit me from disclosing some details.

More Bass is a multi-device web application that integrates media sharing, social networking, and social media, but for a targeted user-base.

Since users are already familiar with apps that perform aspects of More Bass one of the obstacles in designing the UX was imposing a sense of familiarity without actually being able to mimic any existing apps.

Designs required many hours of field research, meetings with the client and collaborating closely with the development team. After developing solid looking wireframes I was able to flesh out the UI in mockups, and finally used Marvel App to prototype designs, which allowed us to troubleshoot and fine-tune things before the developers laid out hundreds of hours.

More Bass is designed to be user-friendly on first launch, but with a deeper layer of tricks and tools for experienced users to discover and appreciate. There’s also a level of gamification to reward user contribution and loyalty, as well as adding to the fun of being part of the community.

Another level of complexity of the app was dealing with various types of user roles — for example, users may be musicians vs. fans. It was important for ALL users to have an experience that felt similar even if the features they were using were distinct.

The final product is a sleek modern design that most users would find comfortable, but with design flourishes to appeal to it’s target demographic. 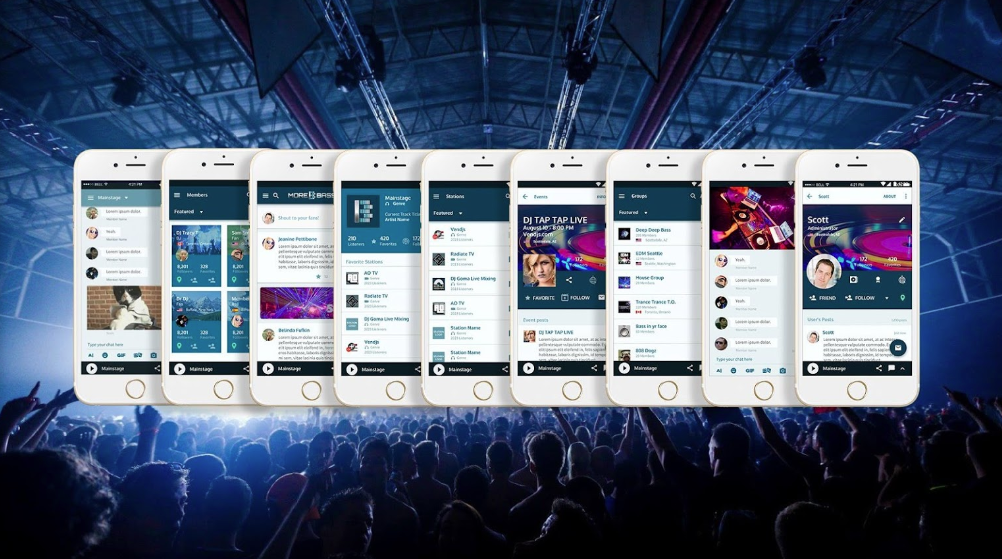 More Bass has developed a social music and event platform to help artists and fans listen, interact and promote in one place. The mission of More Bass is to solve Music Industry fragmentation by providing the social features of Facebook, streaming abilities of Pandora, and discovery capabilities of Google, to create the first true social music solution.